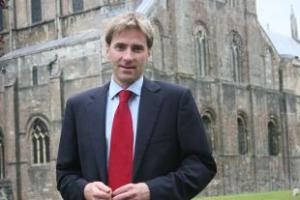 Steve Brine: Conservative MP for Winchester
- but don't let him make you a coffee
We are delighted to report that Azalea’s very own Steve Brine won the parliamentary seat of Winchester in last Thursday’s general election.
Our joy is two-fold: firstly because we’re obviously thrilled for Steve as it has always been his ambition to become a Member of Parliament; and secondly because it means we will no longer have to suffer his dreadful tea and coffee making.

If his parliamentary career is as memorable as his beverage production during his time at Azalea, he will have created quite a stir.